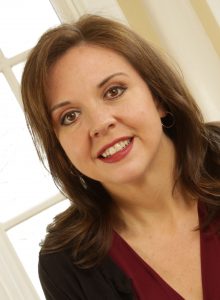 The New York Times has called Tamara Acosta’s soprano “solid…her singing clarion-toned and ardent.”  Most recently, Ms. Acosta appeared as the soprano soloist in Vaughan William’s A Sea Symphony with the Ithaca Community Chorus in Ithaca, NY.  Prior to that, she made a return to Sarasota Opera to take part in the annual Verdi Concert, singing the role of Amelia in the Grand Counsel Scene and trio from Simon Boccanegra.  Continuing to focus on the concert repertoire, Ms. Acosta has recently appeared as the soprano soloist in Poulenc’s Gloria and Stabat Mater and has also added the Bruckner Te Deum to her repertoire.

She has been seen as Desdemona with Opera Delaware and prior to that was on the roster at the Lyric Opera of Chicago covering Odabella in Verdi’s Attila and the title role in Puccini’s Tosca.  Two performances of the Verdi Requiem commemorated the 100th anniversary of Verdi’s death with Sarasota Opera followed by a return to Nashville Opera as Donna Elvira in Don Giovanni, having previously appeared with the company as 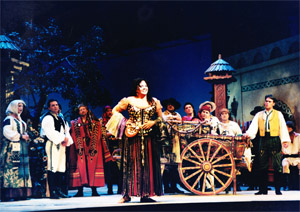 Marianne in Der Rosenkavalier, featuring Helen Donath as the Marschallin.  Later that year, she reprised the role of Marianne with Opera Pacific followed by her Santa Fe Opera debut as Manja in Countess Maritza while also covering the title role in Strauss’ Ariadne auf Naxos.  A longtime favorite at Sarasota Opera, Ms. Acosta appeared in numerous productions with the company including Fenena in Verdi’s Nabucco,  Leonora in La Forza del Destino and  Elvira in Ernani as well as the title character in Janacek’s Jenůfa.  Ms. Acosta appeared in the world premiere of Judith Weir’s The Vanishing Bridegroom with Opera Theatre of St. Louis and was also seen as Octavie in Massenet’s Cleopatre in Alice Tully Hall.